To read about the laws for each state, click here

Only Gopher Tortoises and Desert Tortoises are found native in the United States and they all protected by either State or Federal laws. Collection, possession, sale or transportation is illegal without very special permits. As far as the possession, purchase or sale of non-native and/or imported tortoises are concerned, in almost all cases, they fall under the rules and regulations governing turtles which can be found here at our "Turtle Laws" pages.

To further explain the laws in the states that specifically deal with native tortoises, below is listed a recap of the laws of the states they are native to:

FEDERAL - Mojave Population Protected under Endangered Species Act (ESA) of 1973(as amended),sections 7,9,and10. Section 7 requires Federal agencies to carry out conservation programsand to ensure their actions will not jeopardize the continued existence of any listed species or result in the destruction or adverse modification of critical habitat. Section 9 prohibits take. Section 10 concerns habitat conservation planning. Includes California, Nevada, Utah, and Arizona north of the Grand Canyon. Take is defined as "to harass, harm, pursue, hunt, shoot, wound, kill, trap, capture, or collect, or to attempt to engage in any such activity".

ARIZONA – There is no State authority to regulate the modification of habitat. Desert tortoises possessed without a special license prior to Jan. 1, 1988, may be possessed, transported, propagated, and given away (R12-4-407). Possession limit under this regulation is one desert tortoise per person. Arizona state laws:
1. Prohibit import or transport into the state or sale, trade, or release within the state.
2. Prohibit barter, sale, or offers for sale of any wildlife or parts of wildlife unlawfully taken during a closed season. There is no open season on tortoise collecting or hunting.

the  department at any time. Upon approval of the application, the department shall provide a tag which shall be

affixed to the tortoise as directed by the department.
(c) No tortoise may be transferred to any other person without prior department approval.
(d) Possession of a desert tortoise,regard lessof subspecies, except under the authority of a department permit is in

violation of this section. Untagged tortoises shall be seized by the department.
California laws state:
No person shall import into this state, export out of this state, or take, possess, purchase, or sell within this state, any species, or any part or product thereof, that the commission determines to be an endangered species or a threatened species, or attempt any of those acts. The punishment for a violation of any of the provisions is a fine of not more than five thousand dollars ($5,000) or imprisonment in the county jail for not more than one year,or both the fine and imprisonment. 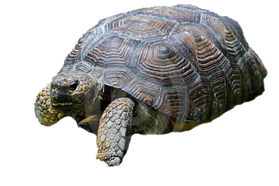 listed as Threatened, is protected by the Endangered Species Act (ESA). The Act and implementing regulations found at 50 CFR 17.21 and 17.31 set forth a series of general prohibitions and exceptions that apply to all threatened wildlife. These prohibitions, in part, make it illegal for any person subject to jurisdiction of the United States to take, import or export, ship in interstate commerce in the course of a commercial activity, or sell or offer for sale in interstate or foreign commerce any listed species. It is also illegal to possess, sell, deliver, carry, transport, or ship any such wildlife that has been taken illegally.  (Text taken directly from Federal Register Vol. 52 No. 129.) 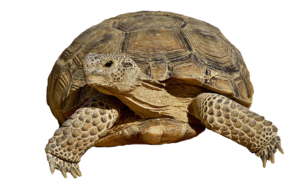 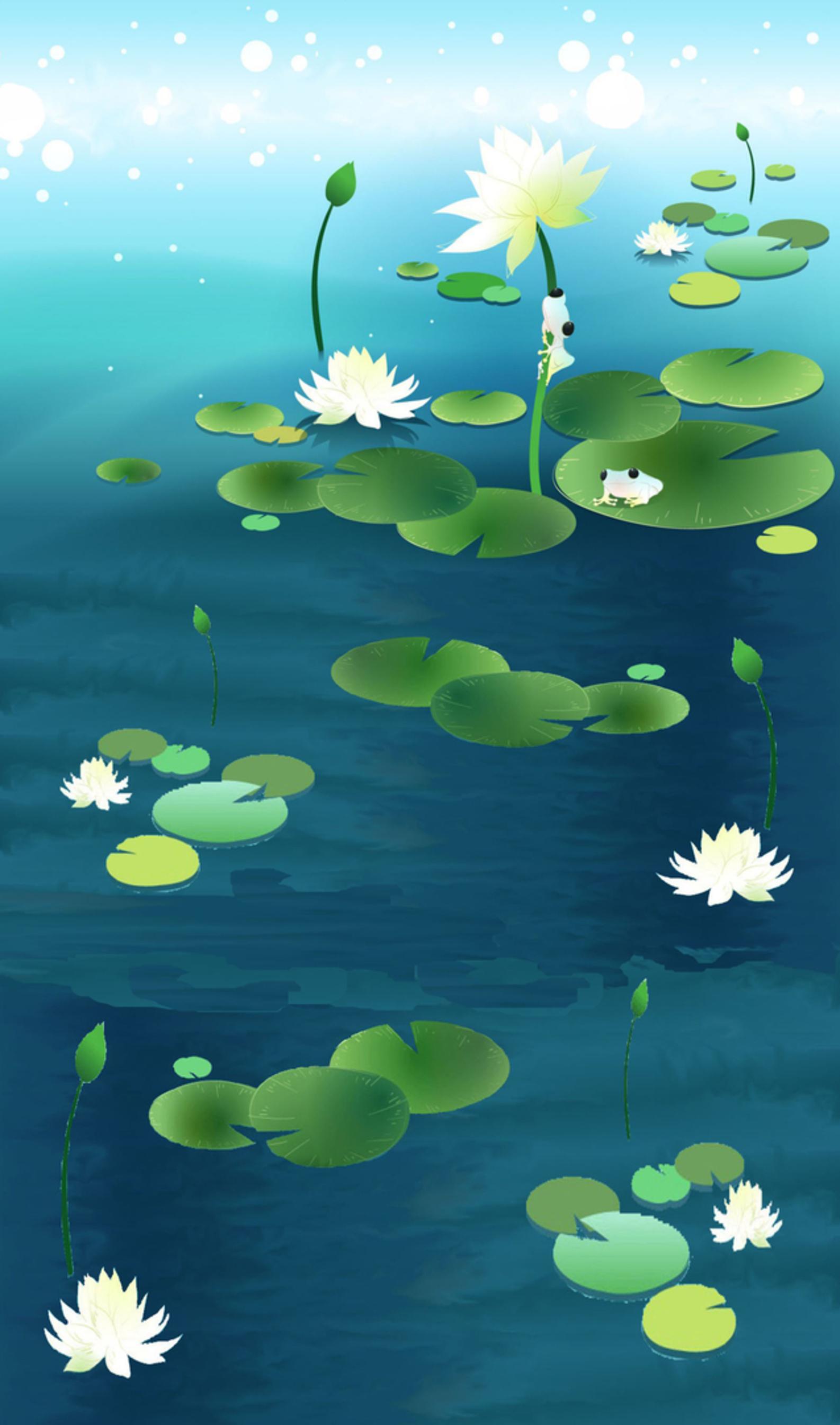 FLORIDA - Gopher tortoises are a threatened wildlife species and are protected by state law, Chapter 68A-27, Florida Administrative Code. Gopher tortoises must be relocated before any land clearing or development takes place, and property owners must obtain permits from the Florida Fish and Wildlife Conservation Commission before they can move them.
Rule 68A-27.003: The gopher tortoise (Gopherus polyphemus) is hereby declared to be threatened, and shall be afforded the protective provisions specified in this paragraph. No person shall take, attempt to take, pursue, hunt, harass, capture, possess, sell or transport any gopher tortoise or parts thereof or their eggs, or molest, damage, or destroy gopher tortoise burrows, except as authorized by Commission permit or when complying with Commission approved guidelines for specific actions which may impact gopher tortoises and their burrows. A gopher tortoise burrow is a tunnel with a cross-section that closely approximates the shape of a gopher tortoise. Permits will be issued based upon whether issuance would further management plan goals and objectives.

ALABAMA - Threatened. Greatly reduced from historic abundance; locally common in only a few protected areas. The Western population (LOUISIANA; MISSISSIPPI and Mobile, Washington, and Choctaw counties in Alabama) are listed as threatened by the U.S. Fish and Wildlife Service and therefore protected by Federal. In Alabama, gopher tortoises are found in the following counties: Choctaw, Washington, Mobile, Baldwin, Barbour, Bullock, Butler, Clarke, Crenshaw, Coffee, Conecuh, Covington, Dale, Escambia, Geneva, Henry, Houston, Monroe, Montgomery, Pike, and Wilcox. Small populations occur in Autauga and Macon counties where they were introduced by man. The Eastern population is governed by state law which makes it unlawful to take, capture, kill, or attempt to take, capture or kill, to possess, sell, or trade, or offer to sell or trade without a special permit any Gopher Tortoise.

GEORGIA - The Gopher Tortoise may not be held as a pet regardless of its origin or morphology in Georgia.

To read about the Federal laws and CITES, click here

Desert Tortoise – Gopherus agassizii, Gopherus berlandieri, Gopherus morafkai
The laws and regulations governing the desert tortoise differ by state, location within the state, and whether the desert tortoise is a captive or a wild animal. In most places, the shell-skeletal remains are also protected by law and can only be collected by permit. People can be fined for collecting, harassing, shooting, harming, killing, or purchasing a desert tortoise under existing state laws. The populations that are federally-listed as threatened are similarly protected by the Federal EndangeredSpecies Act of 1973. The Summary of Federal and State Laws or Regulations and Penalties(below) provides a summary of the laws and regulations by government agency (Federal or State) and by the state where tortoises occur.

Gopher tortoiseGopherus polyphemus
The gopher tortoise lives in dry, sandy uplands, such as oak-sandhills, scrub, pine flatwoods and coastal dunes of the southeastern United States. It is the only tortoise in the eastern part of the country. Human activities eliminated gopher tortoises from a significant portion of their historic range, but they still occur in Alabama, South Carolina, Louisiana, Mississippi and Georgia, with the majority of the remaining population in Florida. They are protected by federal law in the Alabama counties west of the Mobile and Tombigbee Rivers and in Mississippi and Louisiana. The western portion of the range, which is