The Russian tortoise is a small tortoise species, ranging from 5-9 inches. They are sexually dimorphic in that the females grow slightly larger (to accommodate more eggs), while males stay comparatively small. Males tend to have longer tails generally tucked to the side, and females have a short, fat tail. The shape of the vent is also different: males have a slit-shaped vent near the tip of their tail, while females have an asterisk-shaped cloaca. Coloration varies, but the shell is usually a ruddy brown or black, fading to yellow between the scutes, and the body is straw-yellow and brown. They have four toes.

In its natural habitat the Russian tortoise is active only a few months of the year. It comes out of hibernation in mid-March and actively forages and mates until mid-June. During the hottest parts of summer it aestvates. In Uzbekistan it hibernates from October through March. It is most active in the early morning and early evening, retreating to its burrows during the hottest portion of the day. Russian tortoises are most active when the temperatures range 68-89°F.

aggressive towards others of their kind, so Russian tortoises should not be kept in a small space with another tortoise. When allowed to burrow into deep soil, Russian tortoises have one of the highest tolerances for temperature extremes. They are one of the few species that can be kept outdoors all year round in climates where the temperature overnight stays above 50F. In other climates, they can live outdoors safely during the months where night temperatures do not sink below 58 °F. The above factors make Russian tortoises attractive for new tortoise-keepers as well as a fun tortoise for seasoned veterans. Care must be taken to protect Russian tortoises from dogs, opossums, raccoons, rats, and other predators when they are kept outside. Russian tortoises are avid climbers and fantastic diggers, so an outdoor space needs to be built in an escape-proof manner, with corner caps and a foundation. They also need proper shelter, deep shade, and an area where they can warm up. Russian tortoises benefit enormously from natural sunlight, and so every effort should be made to provide at least several hours of safe (safe from predators and from overheating) outdoor time each week during the warm season.

The mating of these tortoises involves the male courting a female through head bobbing, circling, and biting her forelegs. When she submits, he mounts her from behind, making high-pitched squeaking noises during mating.

TO READ MORE ABOUT OR TO PURCHASE A RUSSIAN TORTOISE, CLICK HERE

Testudo horsfieldii
Testudo horsfieldii are known by many names...... Russian tortoise, Steppe tortoise, Afghanistan tortoise, Four-toed tortoise and even Russian box turtle.  It is found in Afghanistan, Northern Pakistan, Northern and Eastern Iran, North Western China and the Soviet territory Kazakhstan. Most Russian Tortoises found in the pet trade are from the territory of Uzbekistan. Its habitats are dry open landscapes. It is most commonly found in sand and clay deserts with sparse grasses and bushes. Russian tortoises are rarely found in dense grassy areas or cultivated fields. 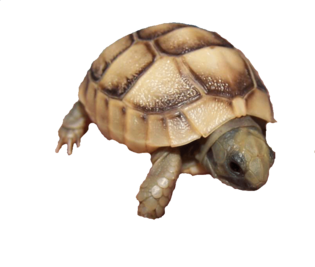 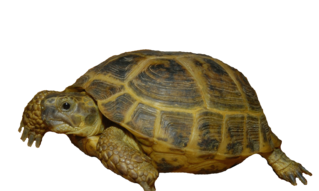