The painted turtle (Chrysemys picta) is the most widespread native turtle of North America. It lives in slow-moving fresh waters, from southern Canada to Louisiana and northern Mexico, and from the Atlantic to the Pacific. The turtle is the only species of the genus Chrysemys, which is part of the pond turtle family Emydidae. Fossils show that the painted turtle existed 15 million years ago. Four regionally based subspecies (the eastern, midland, southern, and western) evolved during the last ice age. The adult painted turtle female is 10–25 cm (4–10 in) long; the male is smaller. While habitat loss and road killings have reduced the turtle's population, its ability to live in human-disturbed settings has helped it remain the most abundant turtle in North America. Adults in the wild can live for more than 55 years. The hatchling's ability to survive winter in the nest has allowed the painted turtle to extend its range further north than any other American turtle. The painted turtle is genetically adapted to survive extended periods of subfreezing temperatures with blood that can remain supercooled and skin that resists penetration from ice crystals in the surrounding ground. The hardest freezes nevertheless kill many hatchlings. A cold-blooded reptile, the painted turtle regulates its temperature through its environment, notably by basking. All ages bask for warmth, often alongside other species of turtle. Sometimes more than 50 individuals are seen on one log together. Turtles bask on a variety of objects, often logs, but have even been seen basking on top of common loons that were covering eggs. The turtle starts its day at sunrise, emerging from the water to bask for several hours. Warmed for activity, it returns to the water to forage. After becoming chilled, the turtle re-emerges for one to two more cycles of basking and feeding. At night, the turtle drops to the bottom of its water body or perches on an underwater object and sleeps.

To read more about or purchase a Painted Turtle, click one of the turtles below 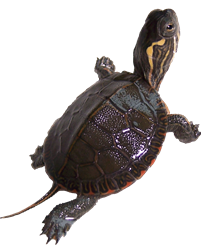 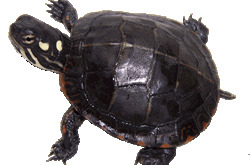 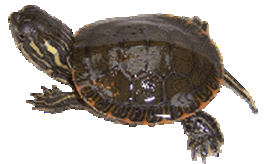 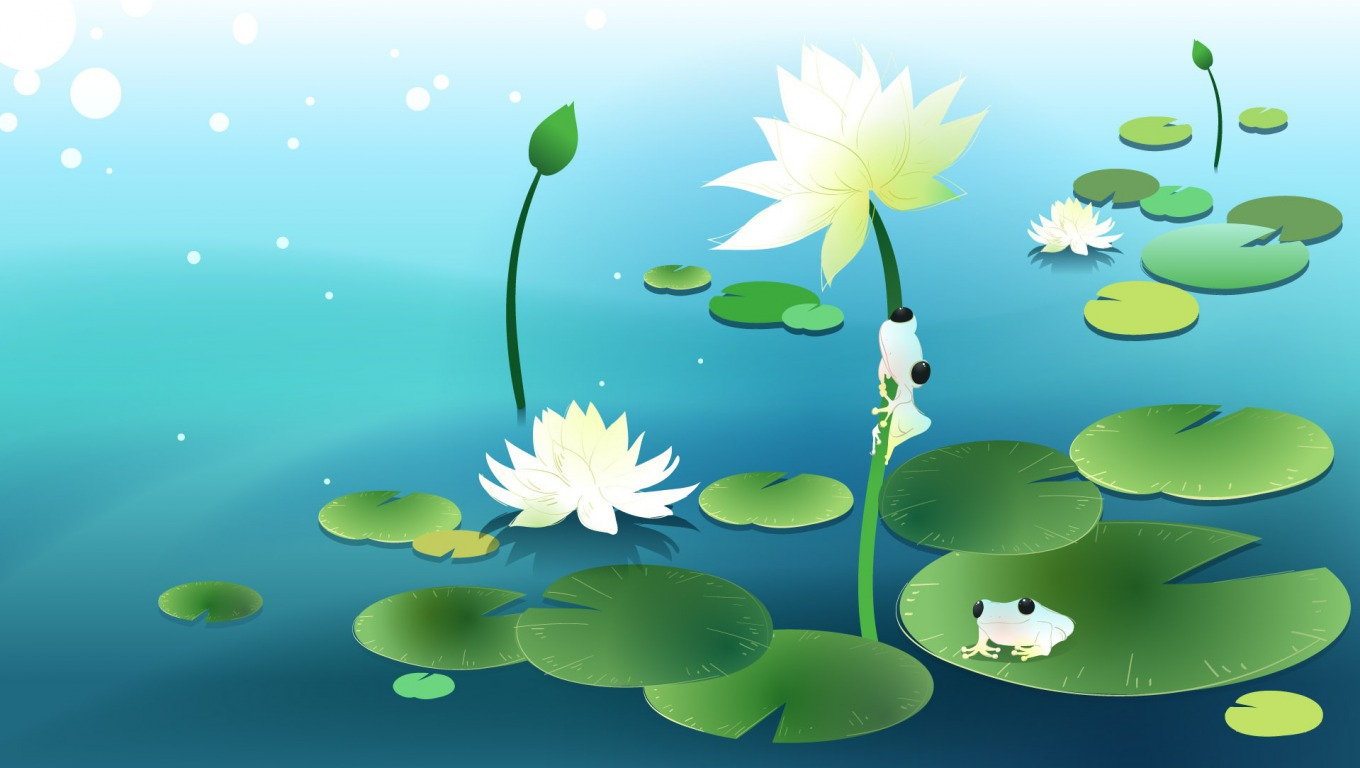