In the wild, Chacos primarily eat succulents, will graze on species of grasses in the latter part of the wet season to dry season, and then revert back to succulents during the dry season when grasses are in drought and have lost vital nutrients that would benefit this herbivore’s primary diet. In captivity A high fiber, low protein, and calcium rich diet will ensure good digestive tract function and smooth growth. Chaco tortoises are very prone to pyramiding or "stacking" of the scutes as well as bony imperfections. Over reliance upon 'supermarket' greens should be avoided. Captive diet should include
• Leafy greens (dandelions, endive, grape leaves etc.)
• Assorted weeds
• Grasses 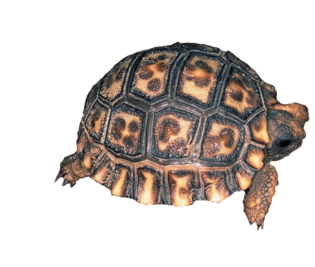 Their taxonomic name is misleading as they are not found in Chile. It is interesting to note that while they are the smallest tortoises in the genus Geochelone, they are also the closest living relative to the giant Galapagos tortoises (Geochleone nigra) as determined by DNA analysis. It is determined that this division took place long before the Galapagos islands were colonized from the mainland. The small size of the Chaco is not conducive to "rafting" which is the hypothesized method of the island’s colonization. The dry, rocky natural habitat and dietary preferences of C. chilensis is also much more similar to that of C. nigra than to either of the other two South American Geochelone (G. carbonaria and G. denticulata).

Conservation – Classified as Vulnerable this species is and will be imminent for a species survival program in the future based on its lengthy incubation periods, and small amount of egg clutch sizes. The deforestation and cultivation of the Gran Chaco deserts has begun to plight this species native land. This species is often exported by the thousands. It is very difficult to keep this species alive in captivity, much less breed it.

Males will reach 5-6″ in length and the largest female on record was 9″. The carapace may be either totally yellowish brown or have dark-brown to black rings surrounding a tan center on each scute. Specimens found further south tend to be much larger than those found in further north populations. The rim of the shell is slightly serrated and has a dark wedge of pigment at the back edge of each scute. The plastron may be uniformly yellowish-brown or have a dark triangular wedge along the seams of each scute. The head, limbs and tail are greyish to yellowish-brown, with the front of each forelimb covered with large, angular scales and each thigh featuring several enlarged tubercles.. 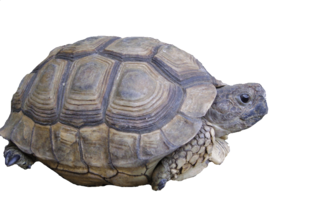 Geochelone chilensis
The Chaco tortoise, also known as the Argentine tortoise or southern wood tortoise, is found in burrows, typically under the low shrubbery in the desolate arid areas of the Chaco desert regions of Argentina, Bolivia and Paraguay. The Gran Chaco is a diverse style of desert in South America. The northern region of the Gran Chaco is the dry region where the Chaco tortoise is mainly found. The Southern Gran Chaco is more swampy and humid and begins back to a tropical fauna area, where there are no findings of this species. The Northern regions where Geochelone Chilensis is found is primarily made up of arboreal succulents, brush cover, and bunch grasses. It’s a semi-arid to sandy soil, dry to moderately humid with a 6 month wet season and a 6 month dry season.